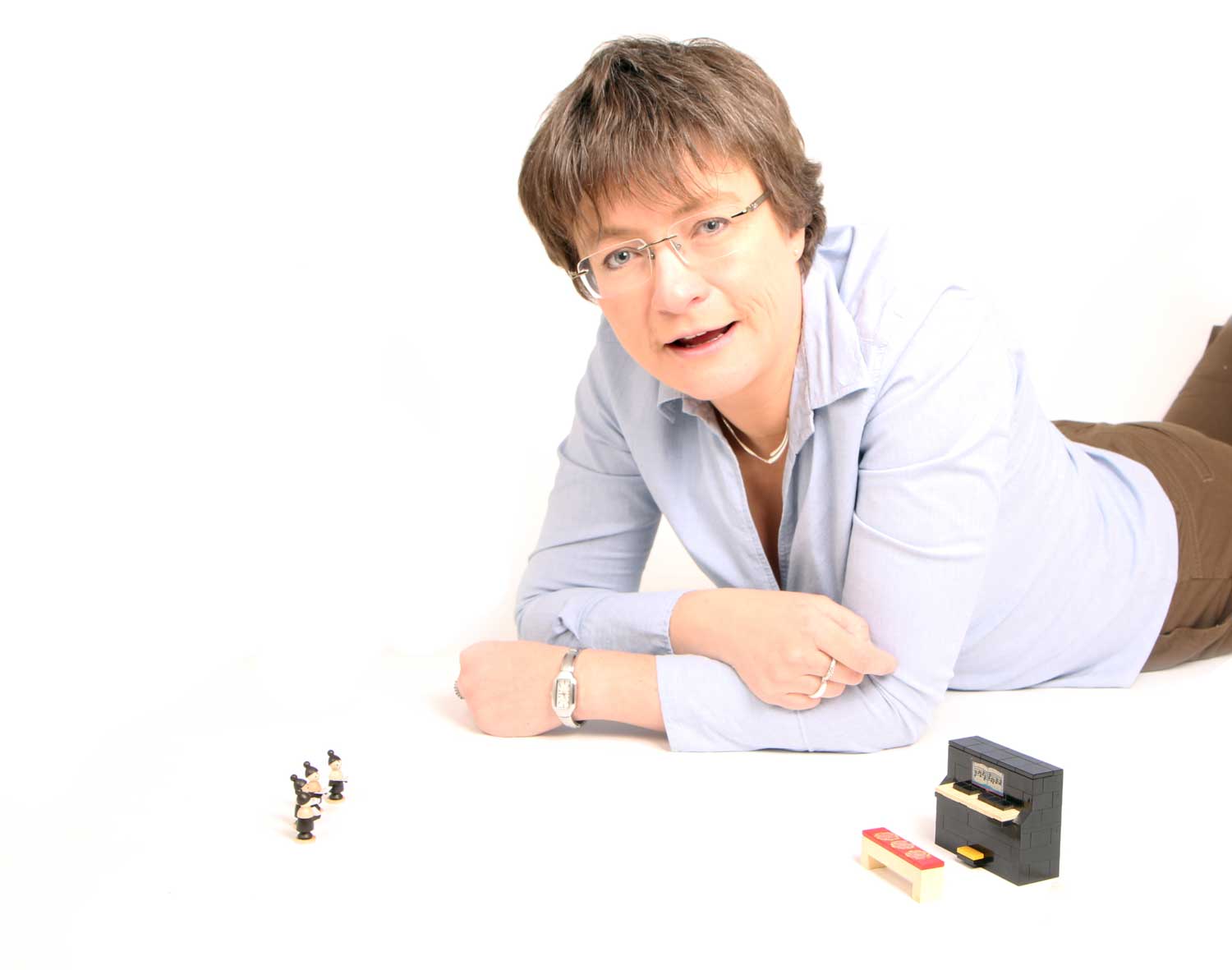 I have loved singing from the time I was a babe-in-arms so to speak. As a young adult it became increasingly clear to me that really good singing involves much more than a love of music and enthusiasm for singing and I decided to make singing my profession. I completed my classical solo singing studies at the conservatory in 2000. After that I set up my own teaching practice in Rotterdam and performed regularly as a soloist. In 2011 I expanded my teaching practice to Delft where I finally came to live in 2015. There I conduct ’t Baghijnekoor of the Oud-Katholieke kerk and also organise various choral projects. The walk-in choir formula, by now a byword on the estate Op Hodenpijl in Schipluiden, is something I first started in Rotterdam where I conducted the Collegium Caccini chamber choir up until the end of 2015. In addition to giving individual singing lessons, over the years I have developed and realised various choral and vocal projects for amateur singers. For example, I have been organising and leading an annual singing holiday in Austria since 2005. I also worked for a year as a teacher at what was then the Zangschool Zuid-Holland, now called the Academy of Vocal Arts, a hotbed for top children’s choirs. It was there that my dream of starting my own choir school with choir classes for children as well as adults was first born. My choir school came into being in 2016. In Delft. As far as I’m concerned, there can never be too much enthusiastic, good singing in the historic Bagijnhof where music has played an important role since time immemorial. I find working with amateur singers the most enjoyable thing there is. Through good coaching, ‘classically sound’ but with fun contemporary methods, they can achieve a great deal. Good singing instruction increases their pleasure in music enormously and that’s what it’s all about for me! In my opinion, the joy of singing is nowhere greater than in a choir where singing together well and with pleasure can be a magical experience. Choristers will know exactly what I mean! 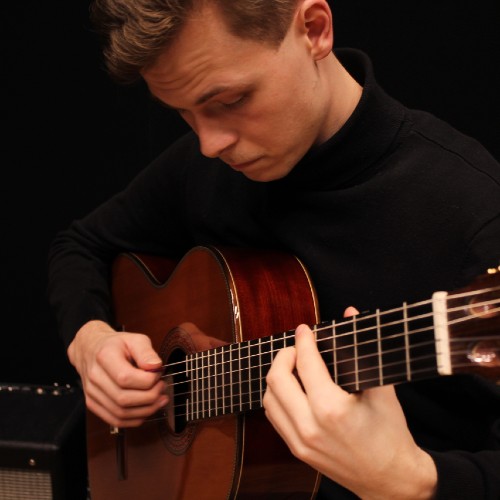 Tim van der Velden completed a Bachelor degree in jazz guitar at the Prince Claus Conservatoire in Groningen. Over the last few years he has collaborated on various music projects including the acoustic duet Reverie, Tales of Paris, and the project “In Freedom” in partnership with the Noord Nederlands Orkest. In 2019, Tim released his debut album “We’ll Meet Again” featuring his jazz quartet and special guest singer Marjorie Barnes. He has worked together with various musicians including Joris Teepe, Ivan Baryshnikov, Andrea Caruso, Marjorie Barnes and Jan-Ruerd Oosterhaven. Tim’s great passion is passing on his musical knowledge. In recent years, he has gained a lot of experience teaching solfège and music theory and giving guitar and ensemble lessons. Tim is currently active as a music teacher at KOO in Den Haag. In September 2021 he will start as a solfège teacher at Koorschool Delft. 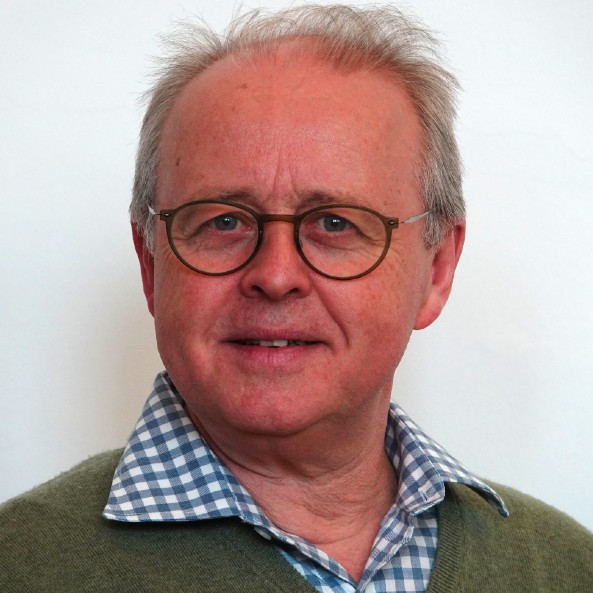 David Hurley is a British countertenor who sang with the globally acclaimed and immensely popular a cappella sextet The King’s Singers. David began his musical life at the age of 8 as a chorister at Winchester Cathedral, later going on to Winchester College before gaining a place at New College, Oxford. On leaving university, he embarked on a career as a freelance singer. In 1989 he was offered the chance to audition as first countertenor in The King’s Singers, replacing Jeremy Jackman early in 1990. Over the next 26 years he toured the world with The King’s Singers. He also made many recordings with them, including a multi-tracked version of Thomas Tallis’s  40-part piece Spem in Alium (2006), and the Grammy Award winning album “Simple Gifts” (2008). In 2016, David handed over to a (much) younger singer, and embarked on a new career in music education. He now teaches at his old school, Winchester College, and is vocal coach at Portsmouth Cathedral. Since 2017, David has been a regular guest teacher at Koorschool Delft where he leads the unique falsetto choir, and also gives singing lessons and workshops for individuals, choirs and ensembles. 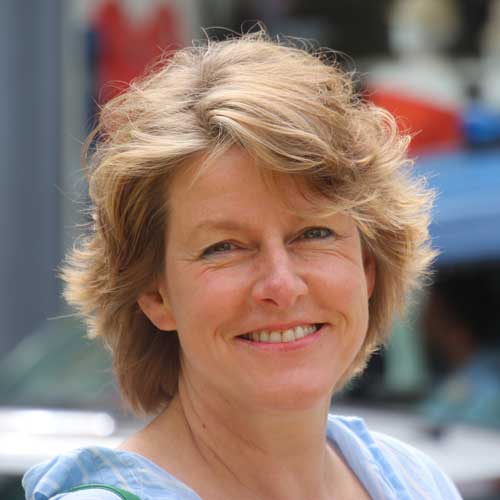 Marlies Huitink studied at the Rotterdam Conservatory, majoring in school music and guitar. After years of working in music education, she changed direction and became a TV director. She has been working now for more than 16 years for AVROTROS and NTR, producing all kinds of reports and documentaries about art, culture and music. In addition to her television work, her musical heart is still beating as strongly as ever. She conducts various choirs, from children’s choirs to adult choirs, and will tackle every kind of repertoire. She is currently attending the Lichtenberger Institute in Germany where she is being trained in sound-oriented singing. But stringed instruments resonate with her heartstrings as well so she also studies lute and theorbo (bass lute) with Arjen Verhage. 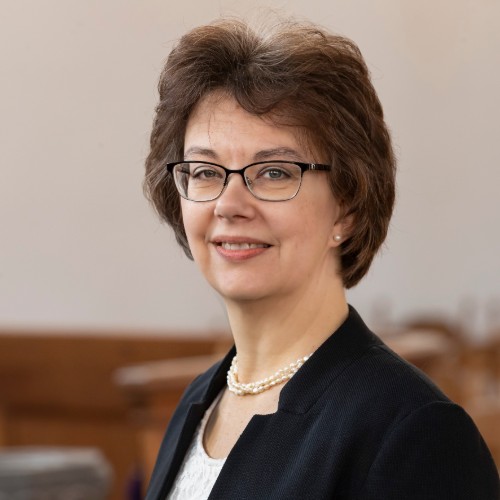 South African born pianist Yolande van den Berg was a chartered accountant by profession but her love for music prompted her to switch to a conservatory education with piano as main subject. She completed her studies successfully in 2014. Yolande currently teaches with great pleasure in her flourishing piano practice in Barendrecht. In 2012 she released a CD entitled ‘Gedig vir jou’ with songs she composed on texts by well-known South African poets including Elisabeth Eybers, Ernst van Heerden and Elrika van der Walt. Yolande often accompanies choirs and soloists. She regularly gives concerts together with the alt Gelske van der Duin(www.duoduinenberg.nl) and she also forms a duo with the soprano Karin Hoenselaar. 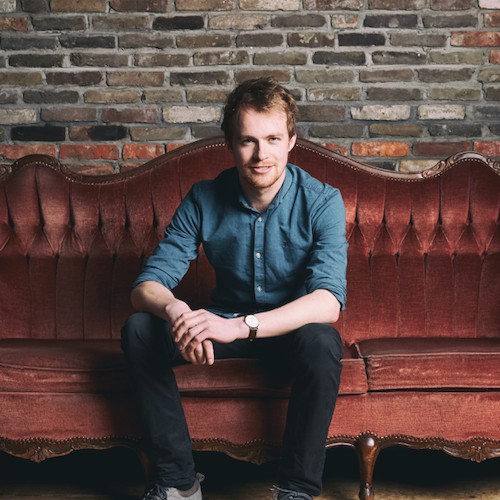 Rik was already teaching piano and guitar at various music schools when he was still studying at the Codarts Conservatory in Rotterdam. In 2015 he graduated with honours from the pop music department of Codarts, majoring in bass guitar and minoring in piano. Since 2017 he also fills in there as a music theory teacher. Rik has extensive experience on stage and in studio work, and also as a composer and arranger for both small and large ensembles including the Metropole Orkest. His specialties are instrumental jazz and fusion. All this reveals a special talent for music theory, a subject he enthusiastically encourages his students of all levels to explore. Rik is a member of Marutyri. He makes arrangements for this band and also writes the music for it in collaboration with other band members: www.marutyri.com