A new project is in the planning

The Dutch première of Bob Chilcott’s Christmas Oratorio on 8 November could unfortunately not take place. The uncertainty surrounding the further development of the corona crisis left us with no other choice than to cancel.

A plan for a new project in 2021 with another work by Bob is however in the making. This will follow the same formula: a concert by a project choir of advanced singers, prepared in a master workshop. Bob has already set aside the weekend of 3 and 4 July 2021 for rehearsals and a concert in Delft.

More information will follow as soon as this plan has taken further shape.

This new project will also give a number of advanced, selected amateur choir singers the opportunity to sing a work by Chilcott conducted by the composer himself. The work to be sung and the number of singers required are not yet known.

Those of you who applied to sing the Christmas Oratorio will be first in line to be considered for selection. 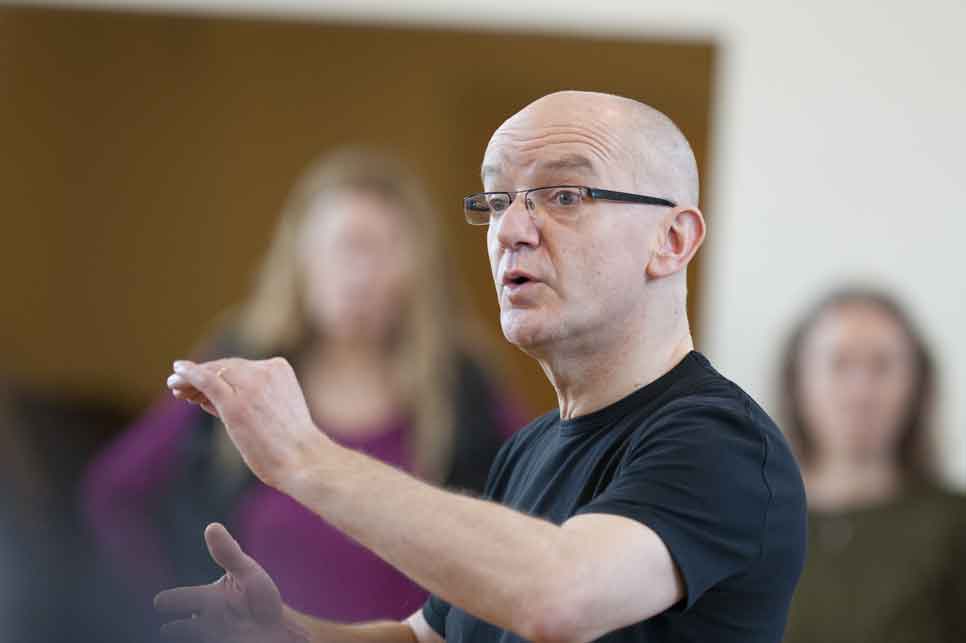 The English choral conductor and composer Bob Chilcott is immensely popular the world over. The British press refers to him as ‘A modern-day hero of British choral music’. After twelve years of performing all over the world as a member of the famous ensemble The King’s Singers, he became a full-time composer in 1997. Since then, he has built up a large oeuvre of music for all kinds of choirs. Christmas music, based on both new and traditional texts, forms a significant part of his most popular repertoire. Well-known works include Wenceslas, My Perfect Stranger and On Christmas Night. The Christmas Oratorio (2019) is his most recent large work for Christmas.

Chilcott has conducted choirs in more than 30 countries and has worked with thousands of amateur singers in a series of singing days. His work is available as sheet music from Oxford University Press; recordings by many leading British choirs and ensembles have been released by various labels (see bobchilcott.com under ‘recordings’).

What we experienced ourselves at Koorschool Delft when Bob led a singing day here in 2018 was that apart from being a hugely enthusiastic and inspiring conductor, he is also an incredibly nice and sympathetic person. It is an absolute joy to sing under his leadership.

The concert programme is not yet know

The participation fee is not yet known

It is not yet possible to sign up. A date will be made known in due course.